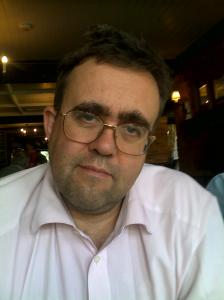 This Latin songstress could be described as something like Shakira meets Rita Ora meets Julio Iglesias. Could be described, that is, if she existed as an actual pop star rather than an accounting mnemonic.

In any case, if you are producing financial statements, you do need to have all of her records. That is, you need to record and disclose the various aspects referred to in each syllable of her name.

These five considerations come up again and again when it comes to putting the narrative blurb into the notes and disclosures of items in the Financial Statements prepared under IFRS, especially any where judgments have been used or estimation uncertainty exists. Her name is a mini checklist for each note which describes circumstance. Often you need to state the range of possible uncertainty, or what would happen if something else happens, but still this tends to be around these basic five aspects.

Location, location and location may be all that is important in real estate development, but this is not a separate consideration here.  The When, What, How much, Why and How come are the more apposite of Mr Kipling’s exceedingly good serving men who taught him all he knew in that Elephant’s Child poem rather than Who and Where. Those two kind of get the day off. How on the other hand has to work bouchées doubles, appearing both as the quantum “How Much” and the reason “How Come”.

People may wonder why it is that IFRS standards talk about both Reason and Purpose. Are these two not synonyms of each other? Almost, I would say, but not quite. When I have a purpose, it is a forward looking intention, focused on what I hope to get out of an action, or transaction. When I have a reason, it refers to something that happened that caused the necessity that is being addressed. So for sure both purpose and reason talk about the motivation for a treatment or a transaction in the Entity, but one is a forward-looking aspect of the motivation and the other is backward-looking.

And of course, when we look forward and discuss the purpose of a thing, it behooves us, as managers and auditors also, to consider whether this motivation, this thing which the Entity has promised itself (usually referred to as a Future Economic Benefit (or FEB, as we don’t expect anything to come of it until at least next February) – is it still actual? Is it still just as likely to happen or has something happened since this was mooted that has occasioned the matter to “go south” as the Americans say, or “go pear shaped” as the British say? If so, we are likely to need to revise the value of the item and, at the very least, describe all those circumstances.

So Tina Ampure is just a very small mini-checklist of all these aspects, which it may help you to bear in mind while drafting notes and disclosures or running a check on them. Not only is this abugida-style acronym helpful in IFRS reporting, but also you may get mileage out of Tina in non-financial corporate reporting also.

So, make sure you get all her records…

While I am about it, I will mention some other important points about notes to the financial statements.

If in doubt, try to read the set of notes “in the shoes of” the various class of user of financial statements which the Entity has. Not forgetting, of course, the Competition and the Tax Office.

56 year old UK origin Chartered Accountant and business consultant who loves languages, literature, history, religion, politics, internet, vlogging and blogging and lively written or spoken discussion, plays backgammon and a few other board games. Walks and listens to Audible for hours a day usually, and avoids use of the car. Conservative Christian, married to an angel with advanced Multiple Sclerosis. We have three kids, two of them autistic, and we live in Warsaw, Poland. On the board of the main British-Polish charity Fundacja Sue Ryder in Poland, and involved in the Vocational Autistic School of "Nie Z Tej Bajki" in Warsaw. Member of Gideons International. Serves on two committees of the Chamber of Auditors in Poland, and on several Boards and Supervisory Boards. Has own consultancy called Quoracy.com delivering business governance and audit/valuation solutions as well as mentoring. Author of the GoldList Method for systematic optimal use of the long-term memory in learning. View all posts by David J. James

This site uses Akismet to reduce spam. Learn how your comment data is processed.