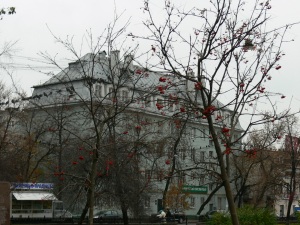 I would like to tell you a cautionary tale, in which I may definitely not identify the parties involved and all I will say is it took place some years ago, somewhere in Eastern Europe.

A certain foreign investor, prior to coming to me for advice, had already down-paid a million on non-refundable deposit (so-called “vadium”) to the seller in order to be allowed to proceed with Due Diligence on an SPV containing a building he considered (although I disagreed with that too) to be worth a lot more. Let’s say five million. I’m hiding the actual transaction details in order not to embarass anyone, so five million is in fact correct, but the currency I’m using is fictional.

Well, needless to say, as ever I discovered plenty of question marks in the SPV, in fact SPV was not the correct word for this company at all. “SPV” means “Special Purpose Vehicle” and in real estate that basically means it’s there to own a building so as to allow some flexibility on the way of sale of a building and the choice with depend on the seller and buyer’s tax positions whether the building is sold out of this then empty company as an asset or whether it is sold in it’s corporate coating. There isn’t supposed to be anything else going on in an SPV. Well, there was in this one. Some proper monkey business, as we say in the trade. Although, in fairness, zoological supplies was about the only thing they hadn’t done. Among other things this company was holding shares in other entities which had been written off to a nominal value of one Euro in the balance sheet, but which under local law entailed liability for the owner and therefore had negative worth (of about five million Euro in total therefore nullifying the value of the Entity even if the building had been worth what the seller claimed and the buyer believed) It’s not easy by the way to spot such things using traditional audit methods. There’s a tendency to see no figure in the investments line on the balance sheet and then not even ask the question – but you have to ask it. END_OF_DOCUMENT_TOKEN_TO_BE_REPLACED

I was recently asked whether there was any value in a loss-making business that had had a good reputation for 30 years.

Put very simply, and almost as a philosophical maxim, the sum of the value of an enterprise is equal to the sum of the NPVs of its projects (including as one project the liquidating of its assets, if that’s what it has to do). If it has no projects, it has no value. If it has only or overwhelmingly negative NPV projects, then it has negative value. Even the case of Woolworths shows you that a name that we all grew up with cannot prop up negative NPV projects for long. Therefore the way to assess value is to make a business plan for all the projects based on assumptions analysed down to the smallest level logically appropriate, with values ascribed to those assumptions which are objective and as researched as possible, and then to run PV calculations on the business plan.

Sure, someone will come along and say “Hey, that’s too complex. What something is worth is what someone else would be willing to pay for it. This I know, for the IFRS tells me so” – but in the final analysis what that other person is willing to pay will only be based on what he thinks he can make from it in the terms stated above, less his margin for risk of buying it. No business person actually buys at the value in use, they want to make a profit on buying it at less than that, but their perception of the ultimate value should be based on the sum of the NPVs of the projects. END_OF_DOCUMENT_TOKEN_TO_BE_REPLACED